Back in early December I had the opportunity to visit the home and studios of Hans Heysen and his daughter Nora Heysen. The first time I really noticed Nora’s work was back in the Canberra War Memorial about 18 months ago. Nora was the first female war artist from Australia as well as the first female winner of the Archibald Prize. Her father Hans was much more widely known in his time, in fact most people would recognise his painting called  ‘Droving Into the Light’ as it has been used widely in Australia on all sorts of products such as cards and even puzzles. Hans was an expert painter of the landscape, especially trees. He loved gum trees and this is obvious in his work but he was also an early conservationist.

I was in Adelaide with my Mum visiting family and friends for a week and my main request for what to do was to go to ‘The Cedars‘ for a visit. The Cedars was the home of Hans and his large family including Nora. He and his wife brought his family up there (in the Adelaide Hills) and Nora was there until she went to study in London and later went to PNG as a war artist. After her time in PNG she visited the Cedars but no longer used the small studio that her father had set up for her as she moved permanently to Hunter’s Hill in Sydney.

I was not allowed to take photos inside Nora or Hans’ studios nor inside the house but I did get a few shots of their beautiful gardens and the outside of the studio. Here’s a few photos: 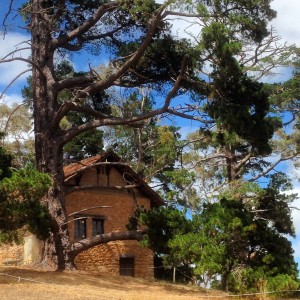 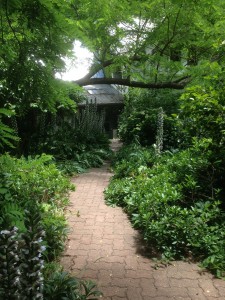 The back of the Heysen house. 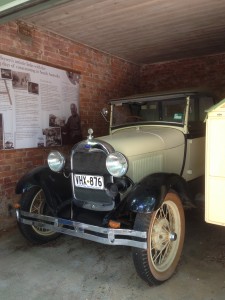 Hans Heysen’s car, driven by his son off on camping trips when he wanted to paint elsewhere. 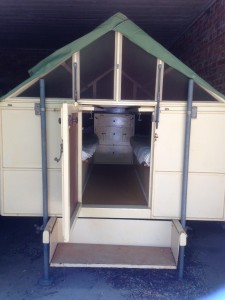 This is their tiny little camper trailer. So cute and amazing!

The gardens there are amazing!

If you are in Adelaide its definitely worth the $10 for the tour of the house and studio. I’d highly recommend it!