Over the summer break my Mum bought herself a box of watercolour pencils so we both had a play around with them. I had used watercolour pencils and watercolour crayons in the past but my own set were a bit old (and had been dropped too many times). Here’s some of the results of us playing with them, they really are awesome, you should try them if you get the chance: 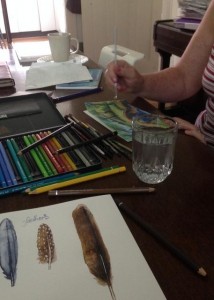 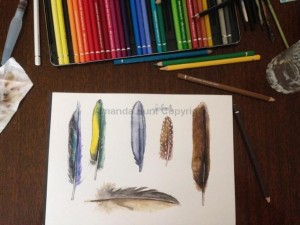 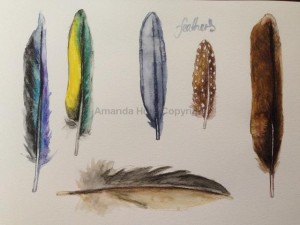 After the feathers I had a go at drawing some cricketers after going to a 20×20 match in December. I really enjoyed drawing these! 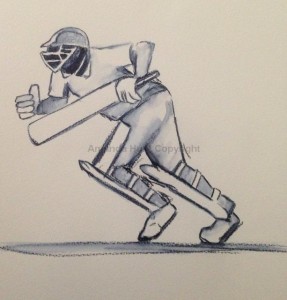 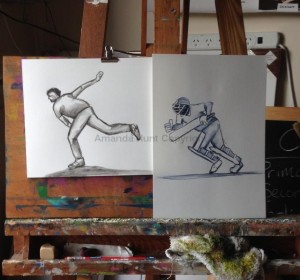 While we are on the cricket theme, I drew this little guy on Australia Day in response to an Australian knight. This is what I think one would look like! ha! 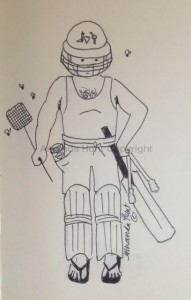 So, that was a lot of fun and since then I have purchased my own set of watercolour pencils although mine are a different brand. I’ve done a couple of drawings with them since then which appeared in the 52 week illustration challenge. If you have the chance, buy some and experiment, you will be surprised at how much fun they are! 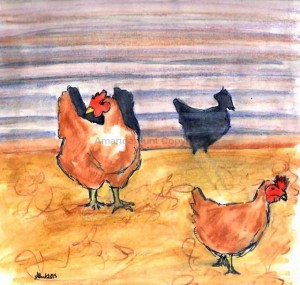 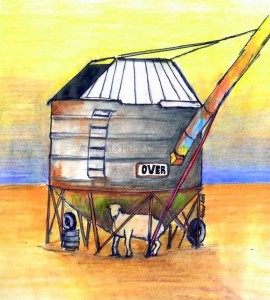