This last week was not quite as productive in some ways as I had planned, mainly because we had a bit of sickness in the house and I ended up with some of it myself. Its hard to make room for these sorts of interruptions but learning to go with the flow is important I think.

This week just gone I worked on two main paintings before starting to make adjustments to another. The first was my entry into the Gallipoli Art Prize. I needed to make a few final tweaks and tidy up the sides. This is the finished painting: 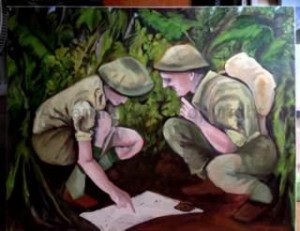 The second I am still considering whether to enter into the Art in the Hills Art Prize or not. Its not quite finished, especially the hands but I’m much happier with the overall painting after the last weeks work: 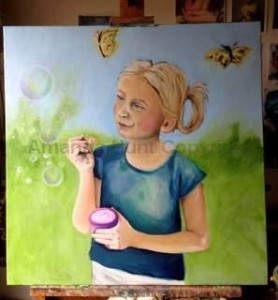 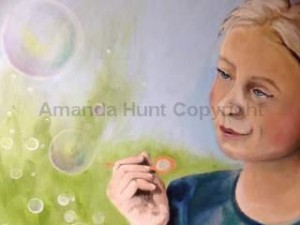 I picked up the March copy of Australian Artist Magazine this week, mainly to check out the art prizes in the back.

I decided I needed to put the above painting up on the wall for a few days before continuing with it so I have started to work on an older painting (which is apparently a no no but hey, I felt the need) which I have never been able to conquer. I made a huge change to the image this week, originally he had a big sweeping beard and his face was much pinker. Still not sure where its going but I do know that he is a weary traveler and there is more to play around with: 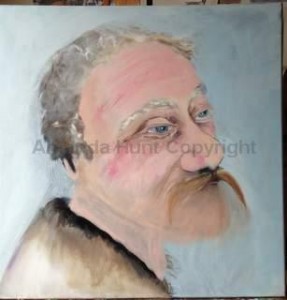 George joined me in the studio this week for a change, he usually sleeps in hubby’s study during the day but he likes to steal my painting stool so he can see out the window: 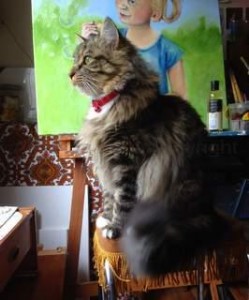 I had another visitor to the studio this week, my youngest daughter set herself up to do a portrait of me for a bit and painted at her easel alongside me: 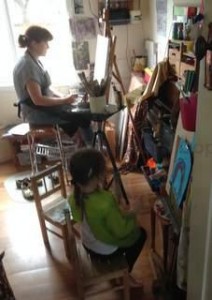 I have also thought more about the direction I want to take with my work and some new themes are arising. I’ll elaborate more when I have more to say on that but one thing I feel drawn to do is a few still life studies of the many seedpods I’ve collected so I set this up a couple of days ago and have it in black and white for tonal comparisons when I start (haven’t quite got there yet, weekends are busy for Pastor’s families!): 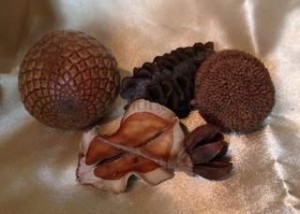 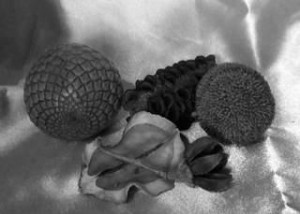 Finally, a book I ordered arrived this week. I read about this on Phil Cooke‘s blog a few weeks ago and immediately knew I needed to buy it.  Daily Rituals: How Artists Work by mason Currey has a collection of the daily rituals of creatives from history. It should be inspiring reading as I try to plan out how to set up my own creativity rituals. 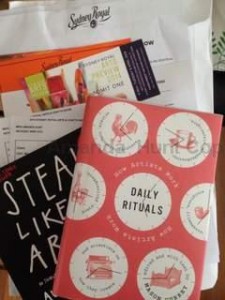 I didn’t know it but my hubby ordered me another book at the same time, Steal Like an Artist by Austin Kleon is a small paperback which was initially written as a talk to college students about creativity. Its full of home truths and is inspiring. To be honest, I’m not a book reader but these two books are written in very small chunks so I think I can handle them!

I also got my information pack from the Royal Sydney Easter Show so now I know how to prepare my artwork for that.

In a couple of weeks I will need to take my Gallipoli Painting in and not long after that, the Easter Show paintings! The pressure is on for me, I think I’m prepared for those ones at least!

If you scroll to the bottom of this post you will see a littly happy fluke on my palette from this week, a tiny cupcake (just for fun!). 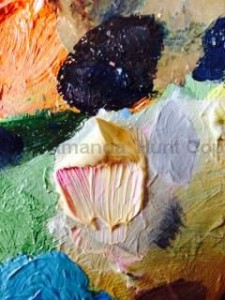